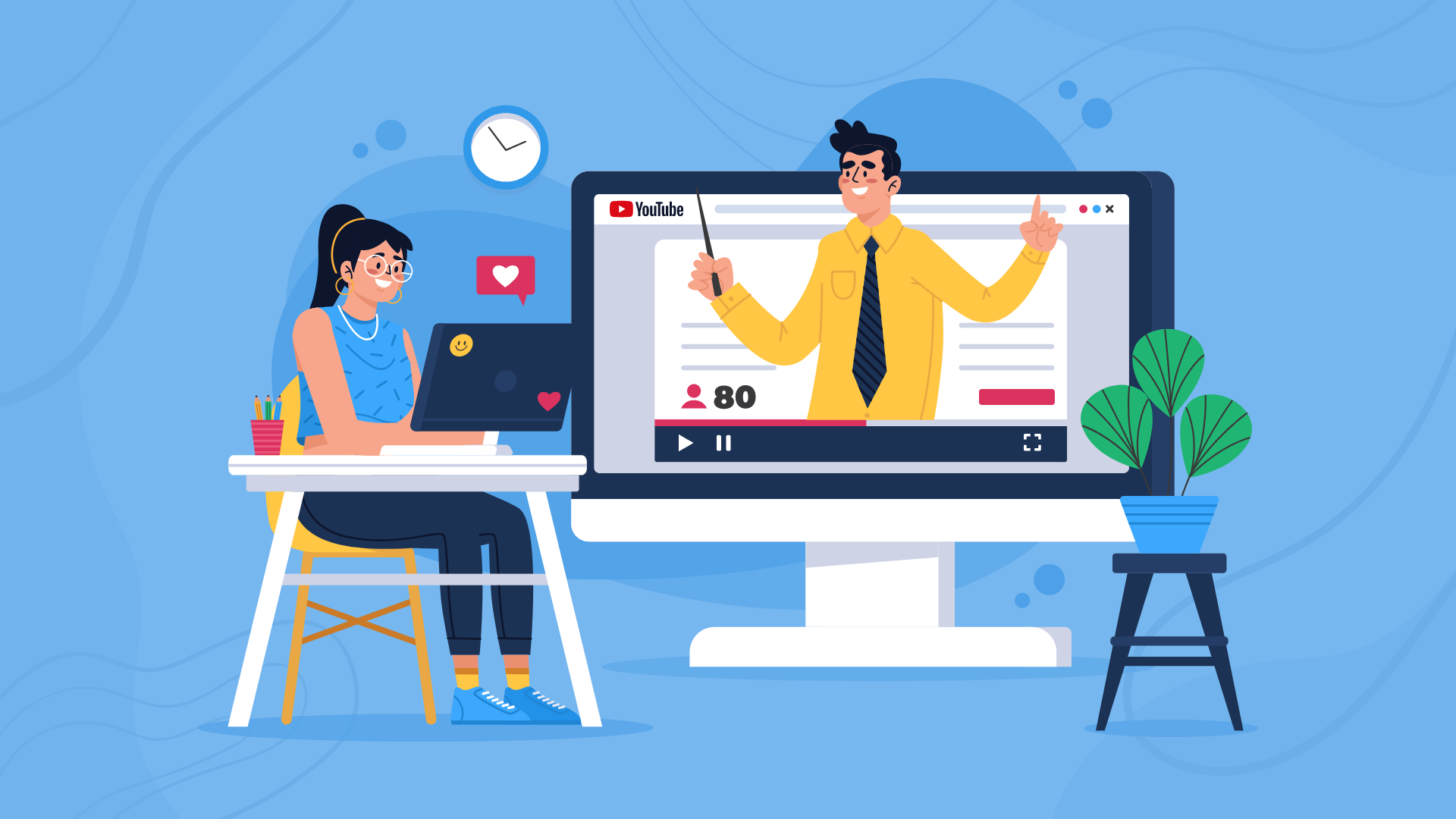 It is generally accepted that science and education are something boring, complex, and not accessible to everyone. According to another popular belief, there is nothing useful on YouTube - you can only spend time aimlessly watching videos of different creators. We refute both misconceptions: the most popular video hosting has many channels explaining complex concepts from the world of science and art in a simple and understandable language.

Moreover, we believe these YouTubers are worth paying attention to if you are looking for the right influencer to start an advertising campaign with. At BuzzGuru, we have selected 10 YouTube channels that help users understand a wide variety of scientific topics. If their subscribers make up your target audience, stay tuned and pay special attention!

National Geographic originally is an educational TV channel created on the initiative of the National Geographic Society of the United States, founded in 1888. This channel has gained high prestige in the scientific world. The topics of the channel are flora and fauna, history, the life of people in different countries, and earth sciences. The channel's programs are interesting for viewers of all ages. National Geographic documentaries have won over 800 different international awards and prizes.

Their YouTube channel contains informative videos about everything in the world, from microorganisms to ancient history. Here you will find master classes of National Geographic’s regular photographers, video reports of expeditions, and much more. More than 20 million subscribers follow the beloved channel on YouTube.

All the videos are available on the channel’s profile page on the BuzzGuru discovery and analytics platform in the special section. You can easily assess the number of views, the number of likes, and the number of apps mentioned in the videos without passing to detailed video descriptions: 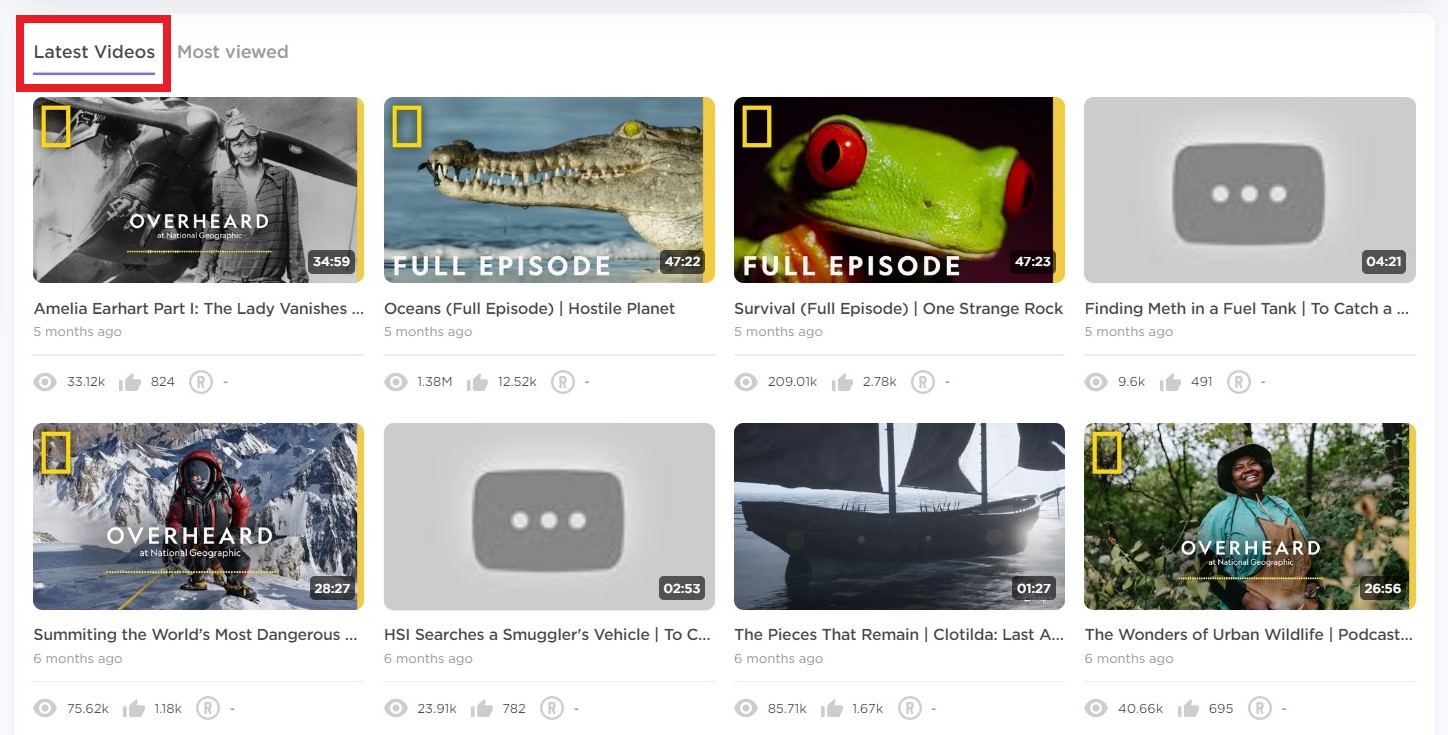 Kurzgesagt – In a Nutshell

The Munich design bureau creates popular science infographics and videos on its YouTube channel. When creating the animation, the authors rely on scientific articles, and links to sources are provided in the videos themselves. This German channel publishes its videos in English, providing subtitles in several other languages.

And here’s the issue that usually worries all marketers is the cost of integration with a YouTuber. On our platform, we provide the approximate cost in a separate section:

It is calculated based on the region’s CPM, in the case of this channel, it’s Germany.

American educator, comedian, entertainer, and internet personality Michael Stevens gave the world the Vsauce YouTube channel in 2010. Now the channel has 18 million subscribers. His audience is composed of people who love science that changes reality.

The channel represents scientific knowledge in different fields, be it philosophy, anthropology or physics, that always intersects. The videos on the Vsauce channel tell about how exactly they do that.

Before starting an advertising campaign with a particular influencer, you need to understand whether this creator is reliable. We suggest exploring the channel quality metric on the channel’s page. It is valued from 1 to 100, where 1 is the worst possible value and 100 is the best one. This metric shows this particular channel's activity, and also the level of engagement rate is available in the “Overview” section of the channel’s profile page:

The channel quality metric shows the total quality of the channel. It includes such important indicators as:

This English-language educational video channel was created by a science evangelist, broadcaster, and filmmaker Derek Muller in 2011. This YouTuber takes training videos very seriously. He is convinced that an accessible explanatory video does not bring any benefit if the problem is not raised during its demonstration. If the disciples do not follow, as a result of disputes and clashes of different versions, the truth does not appear.

On the BuzzGuru platform, you can study the brands mentioned by Derek in his videos - this helps analyze your competitors’ ad campaigns and decide whether the creator is suitable for yours. You can do it in a dedicated section called “Brands mentioned”:

Another channel that overviews scientific topics in an unusual way. Launched in 2007 by an American engineer Destin Sandlin, the channel explores everyday life from a scientific point of view. Sandlin discovers everything from the principles of tattooing to explaining why cats flip in the air. And he does it in such a hilarious manner that his channel has already collected more than 10 million subscribers, and the videos have already collected more than a billion views.

The content analytics of the channel are impressive. Thus, the indicator of the engagement rate is higher than the average on similar channels:

Mitchell Moffitt and Gregory Brown are responsible for fast - as far as possible - science. Before the infamous dress of an incomprehensible color was sent from above to split the Internet users into 2 arguing sides, the most popular video on AsapSCIENCE was "Which came first - the chicken or the egg?".

The channel is filled with answers to such - often paradoxical - questions. Their videos are basically pictures drawn with a marker on a whiteboard. This approach reflects the essence of the project well: to answer, perhaps naïve, but interesting questions that inevitably arise in the heads of thinking people, with the help of science.

As Mitchell and Gregory try to dive into the essence of everything, we at BuzzGuru also pay attention to every little detail. Before involving a creator in your influencer marketing campaign, we suggest studying as much analytics about the channel as possible. Even the hashtags used in the videos: 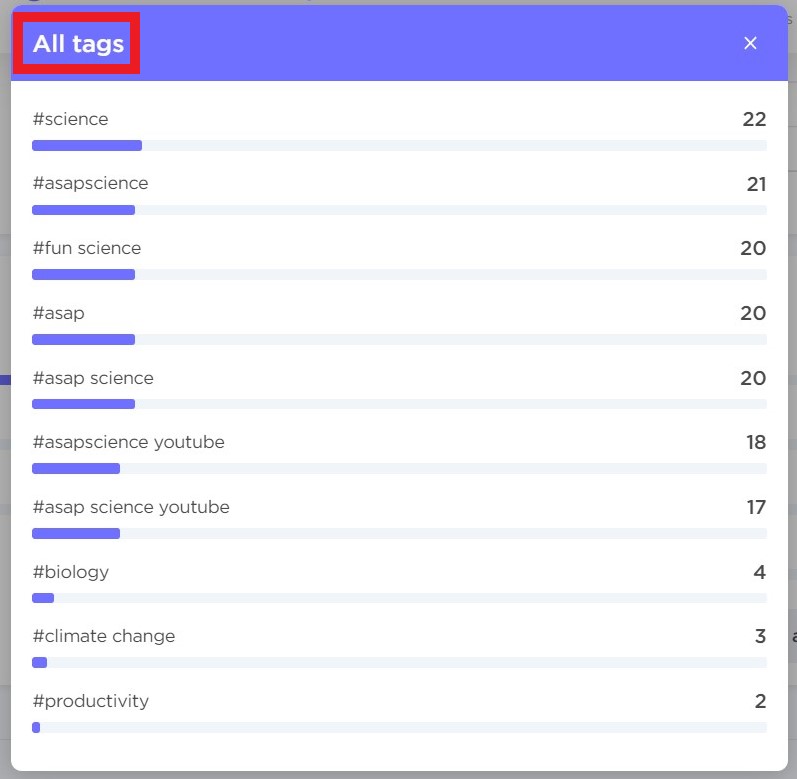 Big Think is a YouTube channel of the multimedia web portal of the same name. It was founded in 2007 by Victoria Brown and Peter Hopkins. The channel is a collection of interviews, presentations, and round tables with experts from various fields.

When you start developing an influencer marketing strategy and it is necessary to select the right YouTuber, you need to understand how often new videos appear on the channel. Our platform provides you with an opportunity to study the video release schedule and video output frequency for the last 2 months. Here’s an example of the Big Think YouTube channel schedule:

With the help of the BuzzGuru analytics platform, you can study the channel audience in detail. Thus, you can discover the dynamics of the views number within a specified period on a day-by-day basis:

EngVid is an educational website for English learners that contains video lessons prepared by native English teachers. The mission of the project is “to create a high-quality educational resource in English accessible to everyone”.

Rebecca is one of the teachers of the resource, her YouTube channel has almost 3 million subscribers. We suggest examining the most viewed videos of this YouTuber. With our analytics platform, it is easy to do in a special section on the influencer’s profile page: 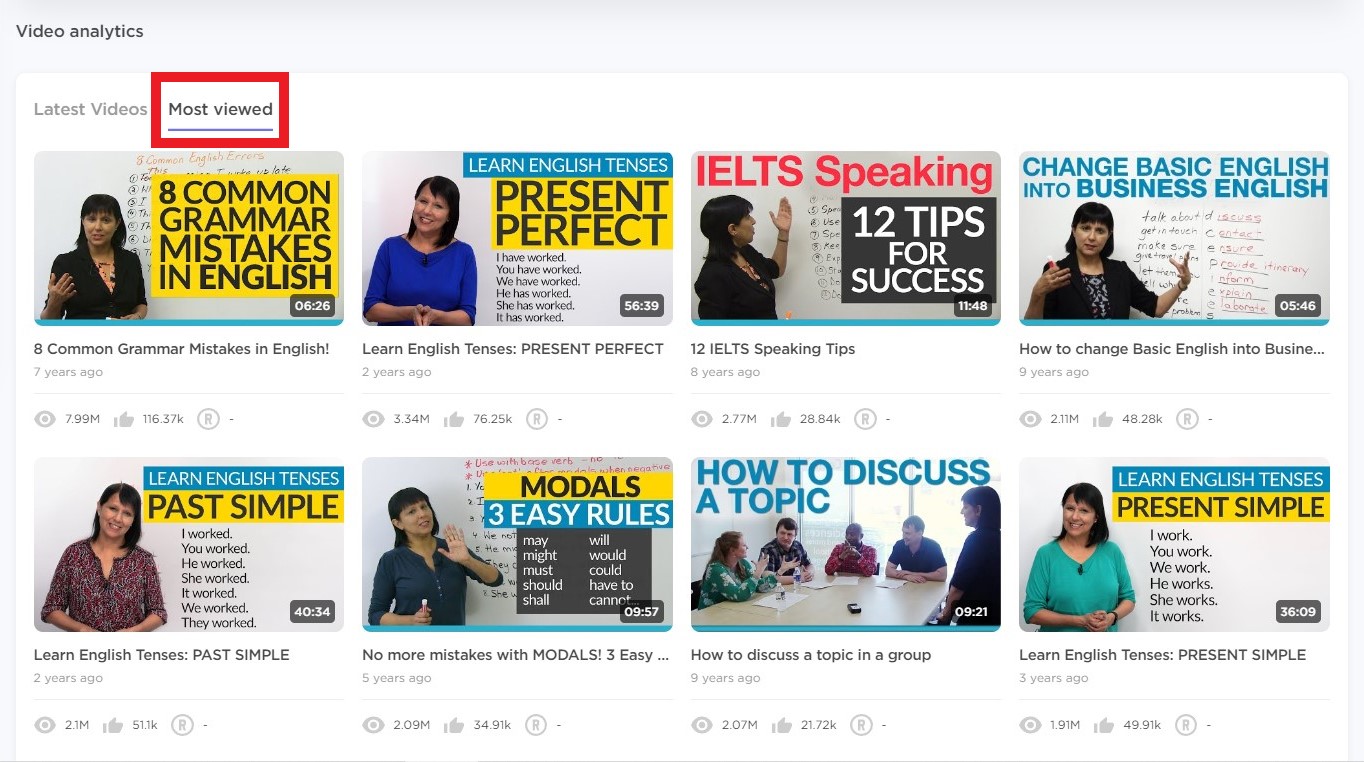 If you want to start collaborating with Dianna, it will be useful to have an impression of her previous integrations. You can study the sponsored videos on her channel with the help of the BuzzGuru platform. We’ve collected all of them in a special section called “Sponsored videos”: 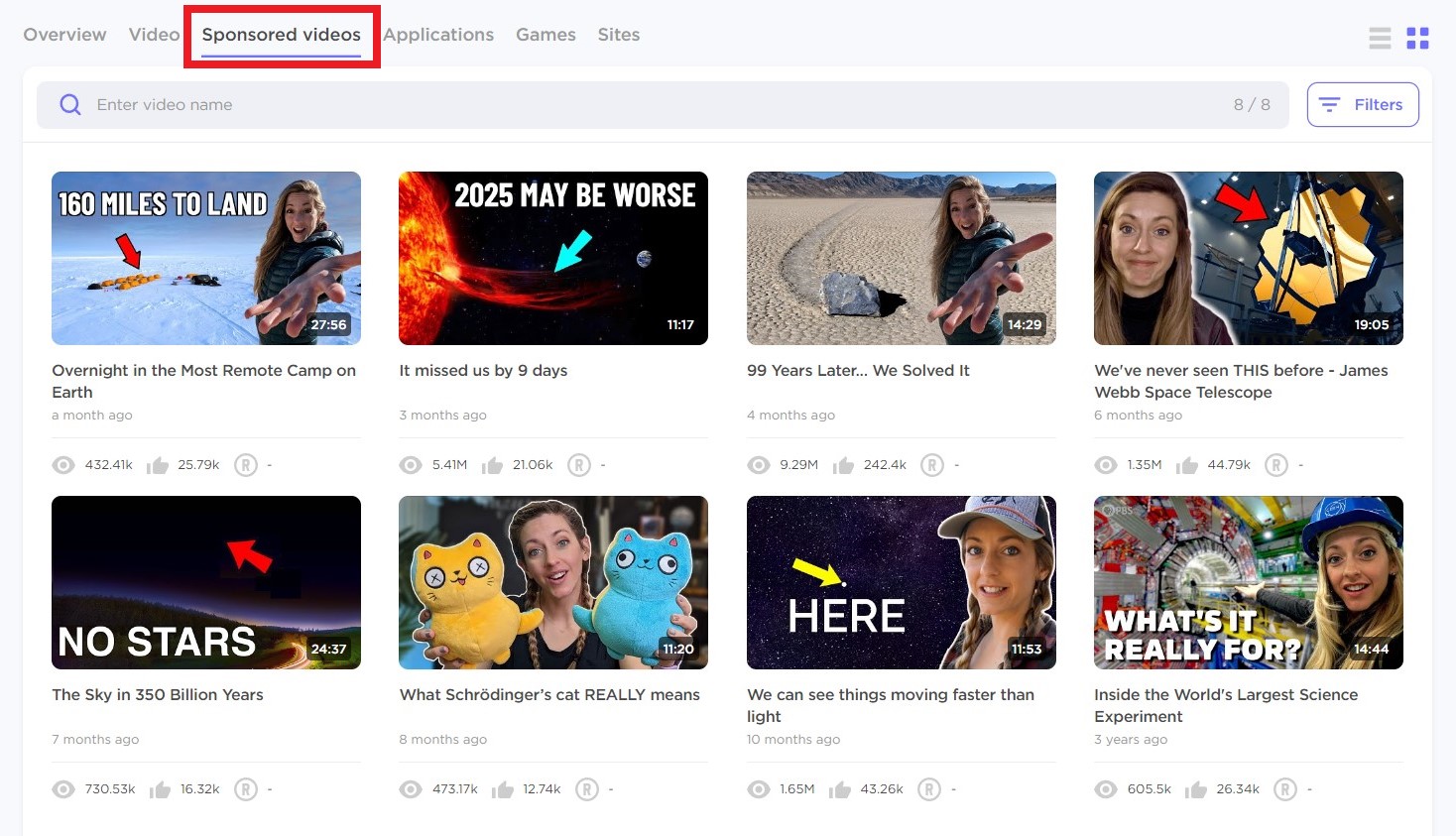 Today, scientists and investigators are becoming the new rock stars. It turned out that understanding how the world around us is structured is not only useful, but much more interesting than it might seem from the school curriculum. In this sense, YouTube is simply a storehouse where users can find interesting information about everything from modern philosophy to astrophysics. And marketers can discover new influencers to cooperate with. Another thing that attracts brands and marketers to the influencers who make educational content is that their audience is usually very attentive as the viewers choose the videos to learn something new.

We hope our TOP educational YouTube channel selection was helpful to discover new creators and world-famous educational institutions you could involve in your influencer marketing campaign. Discover more about their channels on the BuzzGuru discovery and analytics platform - and start building your successful ad campaign. 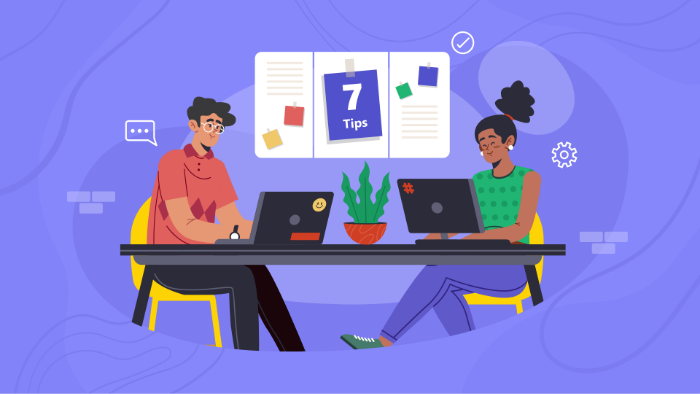 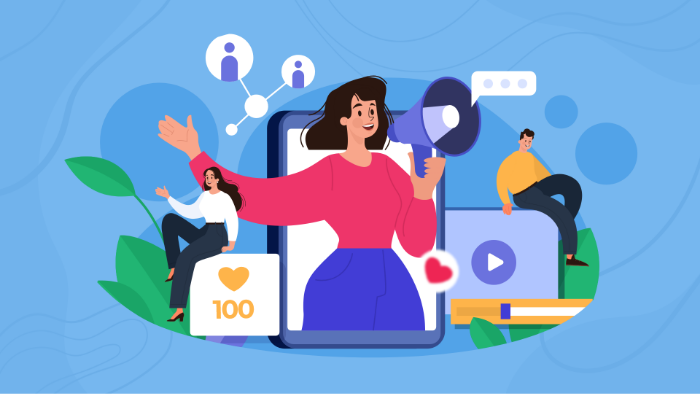 How to Find Influencers: Step-by-Step Instructions For Marketers
Nov 29, 2022 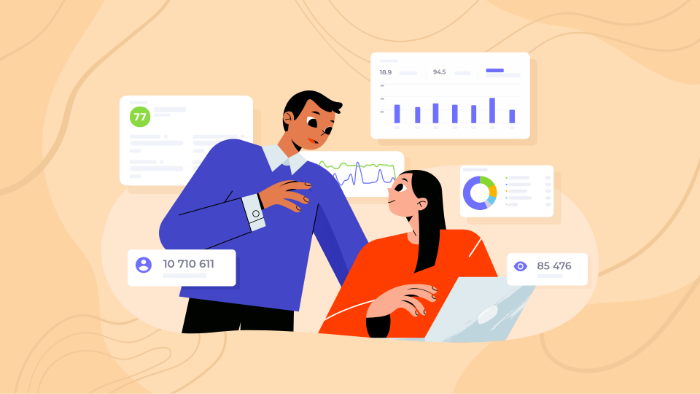 5 Myths About Influencer Marketing Tools That You Should Ignore
Nov 24, 2022